The indian in the cupboard 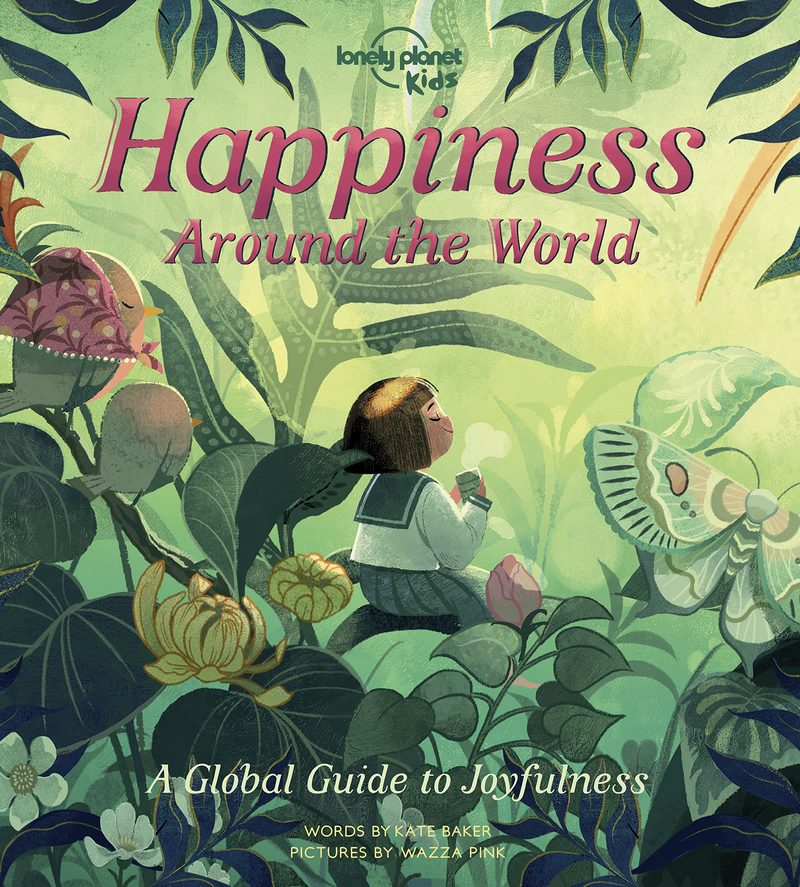 Happiness Around the World

The follow-up to Lonely Planet Kids' Love Around the World, this beautifully illustrated picture book looks at concepts of happiness from across our planet. From forest bathing in Japan and playing the drums in Mali, to Danish hygge, Indian yoga and sharing a feast with family in the USA, every culture has its own unique take on how to achieve contentedness.

Who could have known that when Rudyard Kipling wrote these Jungle Book stories in 1893-94, they would eventually inspire the Oscar nominated song "The Bare Necessities" – one of the most recognizable tunes of all time? The adventures of the young boy, Mowgli, raised by wolves in an Indian jungle, have been praised since their publication and adapted numerous times.

Whether you work in a home office or abroad, business success in our ever more globalized and virtual world requires the skills to navigate through cultural differences and decode cultures foreign to your own. Renowned expert Erin Meyer is your guide through this subtle, sometimes treacherous terrain where people from starkly different backgrounds are expected to work harmoniously together.When you have Americans who precede anything negative with three nice comments French, Dutch, Israelis, an... 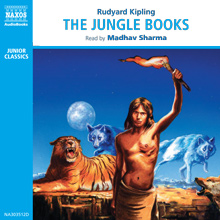 JUNIOR CLASSICS EDITION Kipling’s tales of Mowgli and his exciting life in the Indian jungle have been loved by children and adults alike ever since their publication in 1895. Mowgli the ‘man-cub’ must learn to fend for himself against terrible foes like Shere Khan the tiger, but he can always call upon his friends Baloo the Bear, Bagheera the Black Panther and Kaa the Rock Python from whom he learns the Law of the Jungle.

Four more stories from the master detective. The mystery of the missing suitor is solved and Sherlock Holmes raises his whip... an Indian past stands in the shadows of a Colonel’s death... serious affairs of state and international diplomacy are threatenedby a theft... and surely evil intent lies behind threats in a hidden house. The cool observations and swift action of Mr Sherlock Homes resolves all. 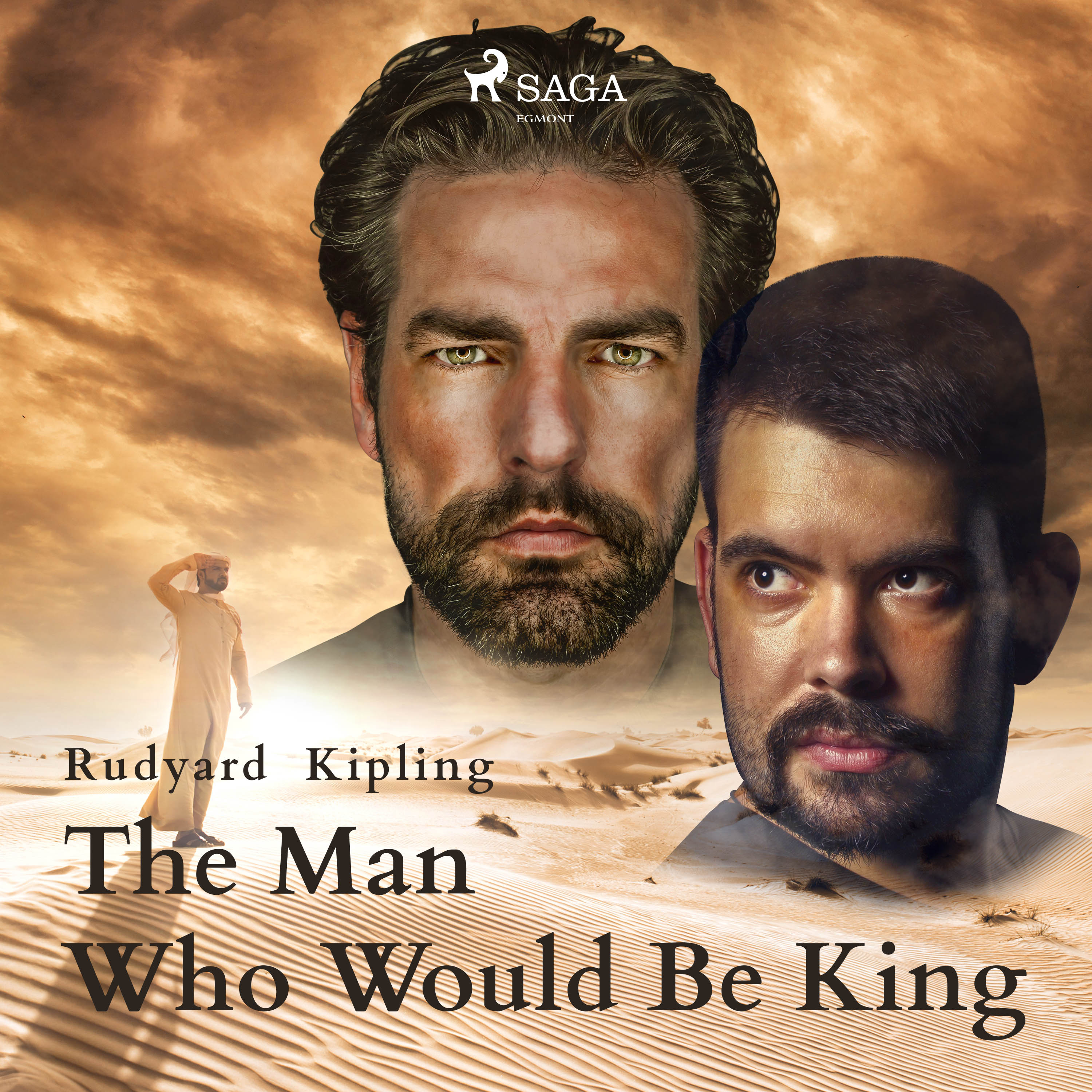 The Man Who Would Be King (EN)

"The Man Who Would Be King" (1888) is inspired by the real-life actions of James Brook, a British soldier who made himself Rajah of Sarawak (Borneo). In this short story, Kipling tells of two crook characters, Daniel Dravot and Peachey Carnehan, through a third character, an Indian journalist, who is acquainted with the men.

Colorful batik looks are not everyone’s cup of tea. However, a subtle black-and-white batik wash can actually look pretty cool, as the Low Profile Tie Dye Cap proves. Add to this the casual dad cap shape and a genuine leather strap with metal buckle, and you have a winning item in your cupboard. Farba: grey Zloženie: Oberstoff 1: 57% Polyester 38% Viskose 5% Elasthan, , 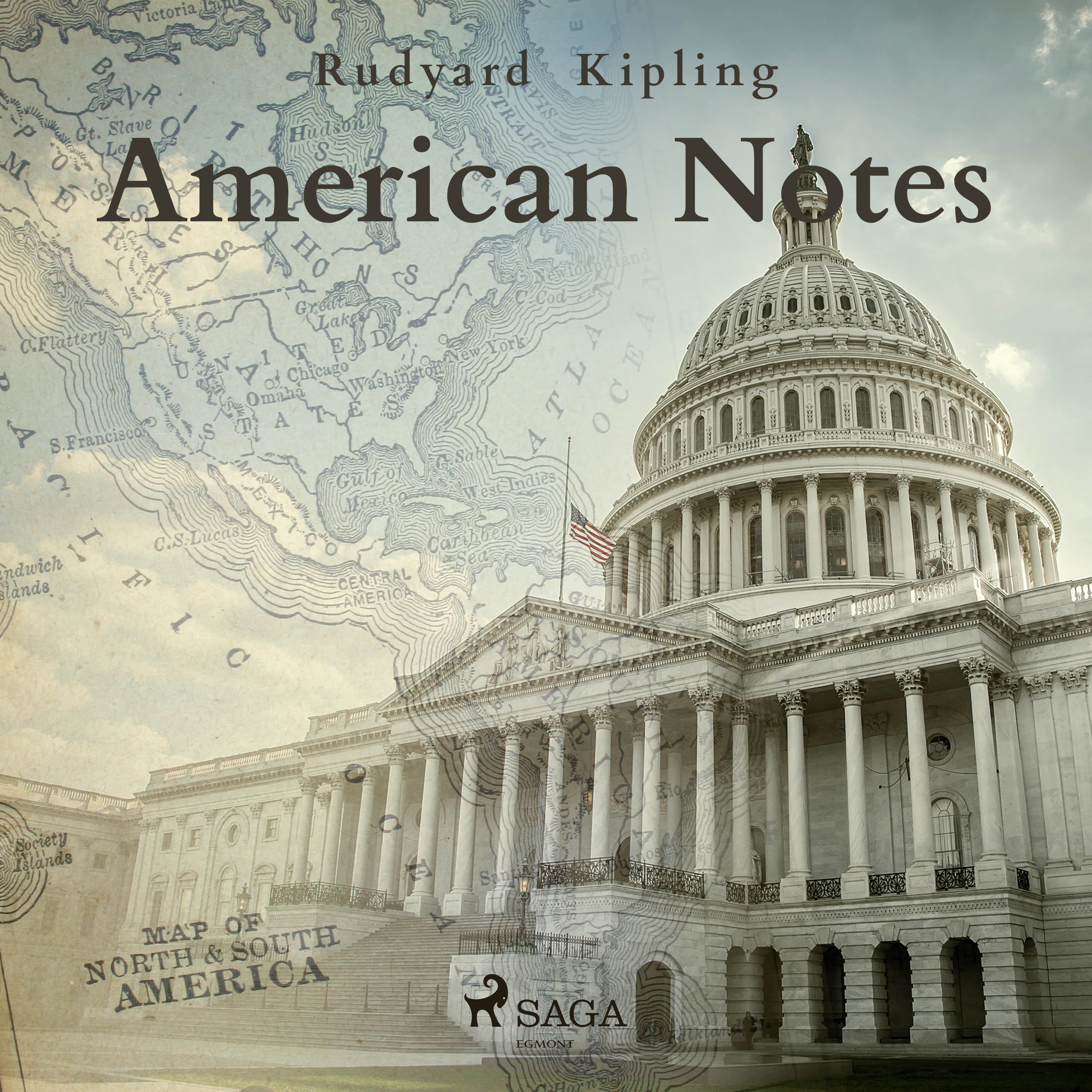 "In American Notes", theAnglo-Indian Rudyard Kipling visits the USA, and the travel-diary that came out of it offers an interesting view of the America of the 1880's. Kipling affects a wide-eyed innocence and expresses astonishment at features of American life that differ from his own, not least the freedom (and attraction) of American women. 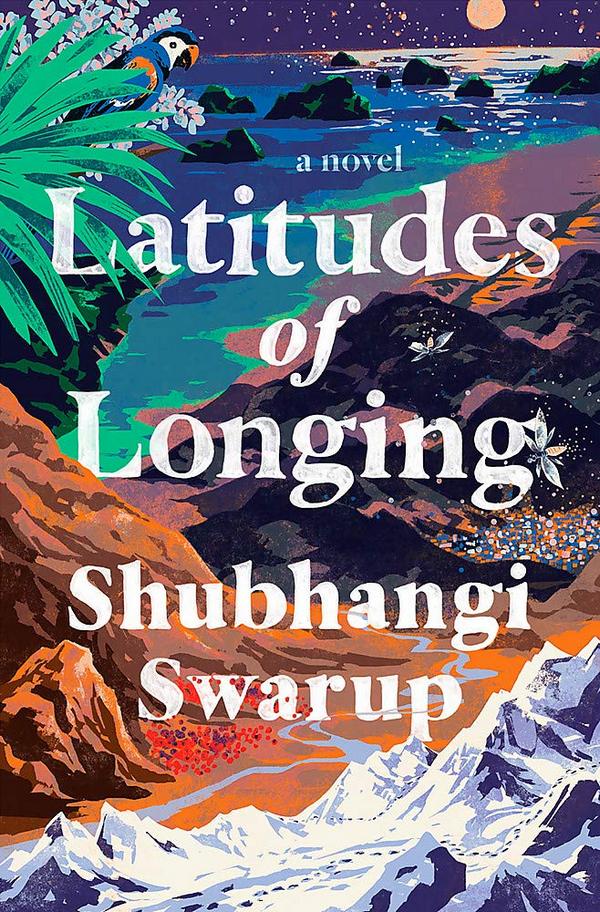 The phenomenal Indian bestseller * Winner of the Tata Lit Live Best First Book of the Year Award * 'Intense, lyrical, and powerful. This is a remarkable debut' Jeet Thayil, author of Narcopolis and The Book of Chocolate Saints In the feverish tropics of the Andaman Islands, a young botanist tends to a fragile rose he has imported to welcome his bride. 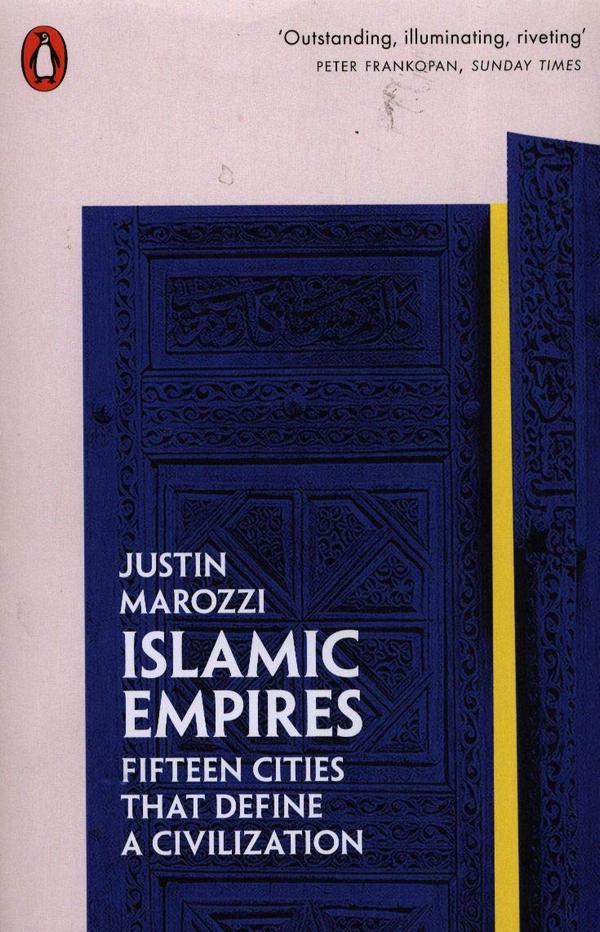 'Outstanding, illuminating, compelling ... a riveting read' Peter Frankopan, Sunday Times Islamic civilization was once the envy of the world. From a succession of glittering, cosmopolitan capitals, Islamic empires lorded it over the Middle East, North Africa, Central Asia and swathes of the Indian subcontinent. For centuries the caliphate was both ascendant on the battlefield and triumphant in the battle of ideas, its cities unrivalled powerhouses of artistic grandeur, commercial power, spirit... 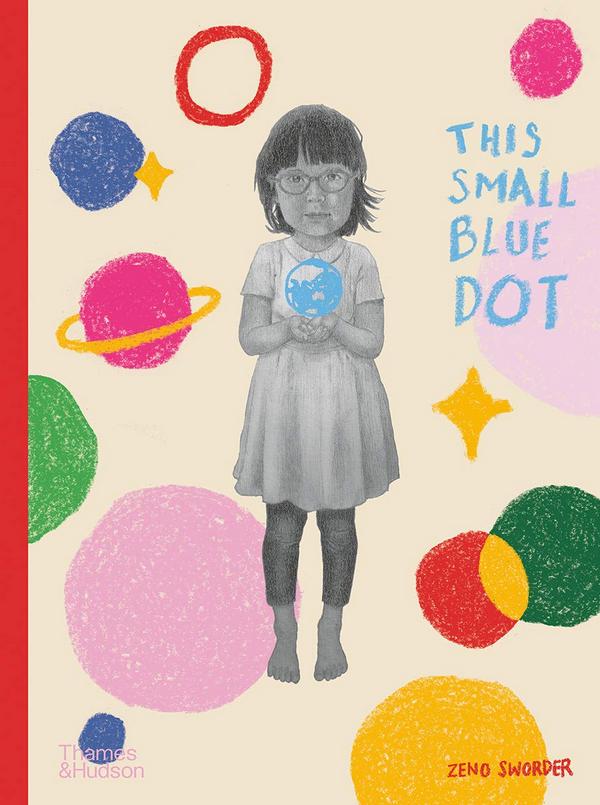 With a strong message of interconnectedness, hope and empowerment, This Small Blue Dot follows a little girl exploring the big and small things in life. From contemplating our place on this 'blue dot' to the best Italian, Chinese and Indian desserts, the book provides a broader, more inclusive view of who we are, where we come from and where our dreams may take us. 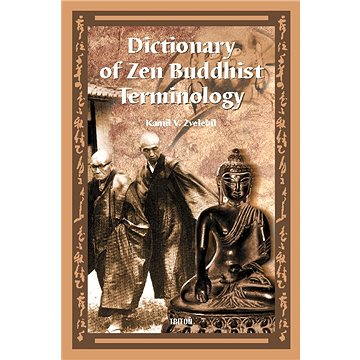 E-kniha Dictionary of Zen Buddhist Terminology (A-K):The purpose of the present work is to be a handy, ready-to-use aid to those who practice Zen Buddhism rather than a detailed scholarly work destined for „Buddhologists“. To compile an exhaustive dictionary of Zen Buddhist terms in English, Pali, Sanskrit, Chinese, Korean, Japanese and Vietnamese is beyond the capability of an individual. Hence, what is offered for daily use of the practitioners is a basic and indispensable „pocket“ glossar... 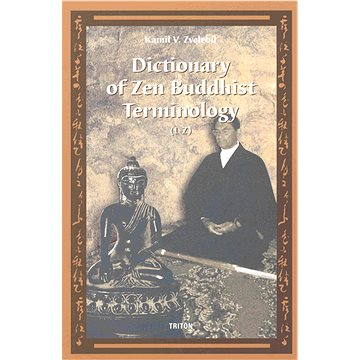 E-kniha Dictionary of Zen Buddhist Terminology (L-Z):The purpose of the present work is to be a handy, ready-to-use aid to those who practice Zen Buddhism rather than a detailed scholarly work destined for „Buddhologists“. To compile an exhaustive dictionary of Zen Buddhist terms in English, Pali, Sanskrit, Chinese, Korean, Japanese and Vietnamese is beyond the capability of an individual. Hence, what is offered for daily use of the practitioners is a basic and indispensable „pocket“ glossar...